Do Breaker Boxes Have Fuses? 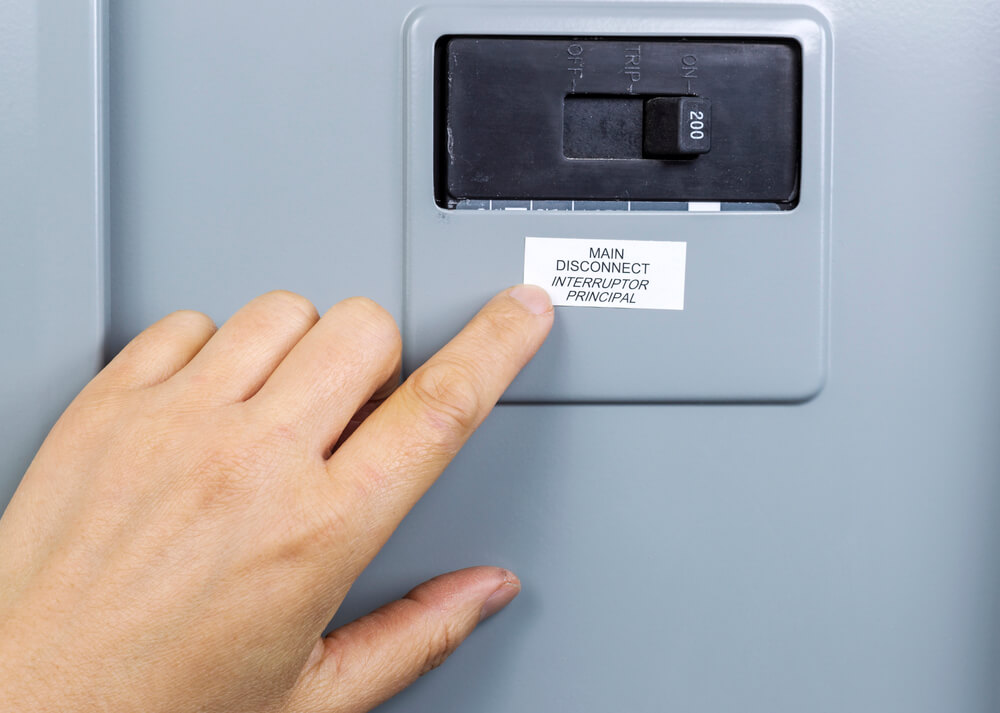 Have you ever been using the microwave, the oven, six TVs, and then flipped on the hair dryer? If you have, you know what likely happened. If you haven’t, get ready to find your house’s reset button. What kind you have depends to some extent on the date of your house’s construction. Either way, it is good to know your home’s electrical power systems and whether it contains any fuses.

Power Runs Through It

We will deal here with some of the basic history of electrical fuse and circuit boxes, along with a little bit of physics. Then, we can answer the main question of breaker boxes and their relationship to fuses. As we’ll see, the story is pretty interesting.

Circuit breaker boxes (or panels) are the gateway for power into your home. According to The Spruce, “It usually provides between 100 and 200 amps of power.” The power itself comes from “the utility company’s lines”, i.e., the “service entrance”.

The power encounters a meter first, “which records your electricity usage”. After this, it goes into the circuit breaker. From there, it gets distributed throughout your home as electricity in lamps and toasters and everything else.

Jeremy KC reports that there are three primary components to every breaker box. First, there is the obvious: circuit breakers. Second, there are service disconnect switches. And last, there are expansion slots. Let’s take each of these in turn to sort out exactly what the circuit breaker box is capable of and how it functions.

“Honey, I Tripped the Breaker Again!”

Without going into too much of a physics lesson, a circuit breaker has one essential function. They are, in simple terms, “rocking switches that act as safety devices,” Jeremy KC writes. They “shut off power to a circuit when there’s too much electricity”.

Whenever that occurs, “the breaker rocks to the ‘off’ position”. You may have heard someone say, “I tripped the breaker again!” This is what they are referring to. The slang term for a rocked breaker due to excess electrical power is “tripped”.

Last, there are the expansion slots. If you ever have major renovations done on your home, you might add extra rooms. If you do, you may need to have a professional electrician add more breakers for you.

As you can see, these three essential pieces do all the main work of a breaker box. (There are plenty of wires, of course, but we won’t focus on those for the time being. Check out this video if you’re interested in learning more of the details.)

The circuit breakers shut off when necessary. The service disconnect is, in essence, a manual kill switch, which can at times be used by homeowners to cut off power. And, last, expansion slots exist to provide further extension possibilities.

Fuse It All Together

But wait, you may be thinking, where are all the fuses? Where did they go? It is a very good question. Remember that homes were not always built with circuits and breaker boxes.

Before circuit breakers, houses were first constructed with fuse boxes. These panels function in the exact same manner as circuit breaker boxes, but they have a unique difference.

If there is too much power, the increase will cause the fuse box to shut off electricity, just like circuits. The way it does this is quite similar, but distinct in one very important and interesting way.

So, you are drying your hair, heating up some soup in the microwave, and watching TV in every room. The power surges. The fuse box blows, and the power is cut. Because you have a fuse instead of a circuit, you will need to replace the actual fuse that tripped.

According to Ruben Saltzmann, “A thin strip of…calibrated metal will vaporize”. This “opens the circuit (in other words, kills the power)”. Once that fuse is gone, a replacement must go in its place. (You might confuse them for tiny light bulbs, especially since they screw in the exact same way.) Unlike circuits, which can be used over and over again, fuses are one and done.

And that’s the whole story. Breaker boxes do not have fuses, because circuits are used instead. Only fuse boxes have fuses. If you’re still using fuses, experts recommended you upgrade as soon as possible. Circuits are safer and incur lower insurance costs too.

As I mentioned before, there are plenty of great videos online detailing the ins and outs of modern breaker boxes. The same channel has a video on fuse boxes as well, if you’d like to learn more about those, too.